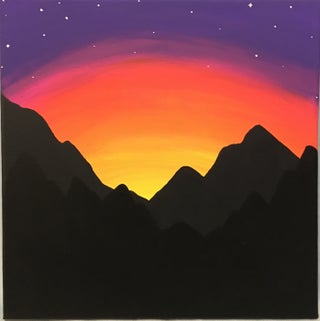 Painting is one of the oldest forms of visual expression. A painting can be a simple wet paint on a flat surface or a work made by an artist using a variety of mediums. A painting can be a representation of a scene in nature or an abstract work of art. It can be enjoyed in a private home or a gallery collection. In today’s world, it can be done with an airbrush or even a sponge.

The practice of painting dates back to at least 40,000 years. Cave paintings have been found in Western Europe and Indonesia. They depict mammoths, buffalo, rhinoceroses, and other animals. They were thought to be instructional and storytelling. They also served as a way of conveying a range of sensations, including movement and protection.

In modern times, painting has evolved to include various techniques and styles, as well as a wide range of materials and surfaces. It has borrowed from architectural design, textile design, tattoo design, and commercial illustration. It has even been a common trade among craftsmen. As a result, it has absorbed all sorts of low and high culture.

The earliest painting methods used a system of notated tonal values. These values were used to determine the hues, nuances, and tonal values of an image. The range of hues and tonalities of a particular image would vary from scene to scene, and often depended on the effect of the atmosphere. In addition, the direction of the planes in a design would be determined by the angle of the planes away from light.

Colour is one of the most important expressive elements in a painting. It usually serves to reinforce the expression of an idea. The use of colours in painting can create optical sensations of volume, tension, and movement. A great painting can transcend our perceptions and reflect the deepest emotional levels of human experience.

The oldest known paintings are thought to date from 40,000 years ago. They were probably created in the same period as other prehistoric art. It is possible that these works of art were the first to describe the world. During the Renaissance, oil as a medium was introduced to the West. During the fifteenth century, it was widely used as a painting medium. In the Neoclassical period, a painting was defined as a flat, painted surface.

Some of the most famous paintings in Western art history are Edvard Munch’s The Scream and Leonardo da Vinci’s Mona Lisa. In addition to these two masterpieces, there are a vast number of other recognizable works of art.

Today, there are many artists who are household names, as well as a wide range of different techniques and styles. It is becoming increasingly difficult to define a painting by hard and fast criteria. This is an exciting time for painters, as they have the opportunity to reinvent an age-old medium. Whether it is through mixed-media assemblages, painterly techniques, or graphically oriented techniques, artists are increasingly shedding stylistic constraints and working to heighten their vision.